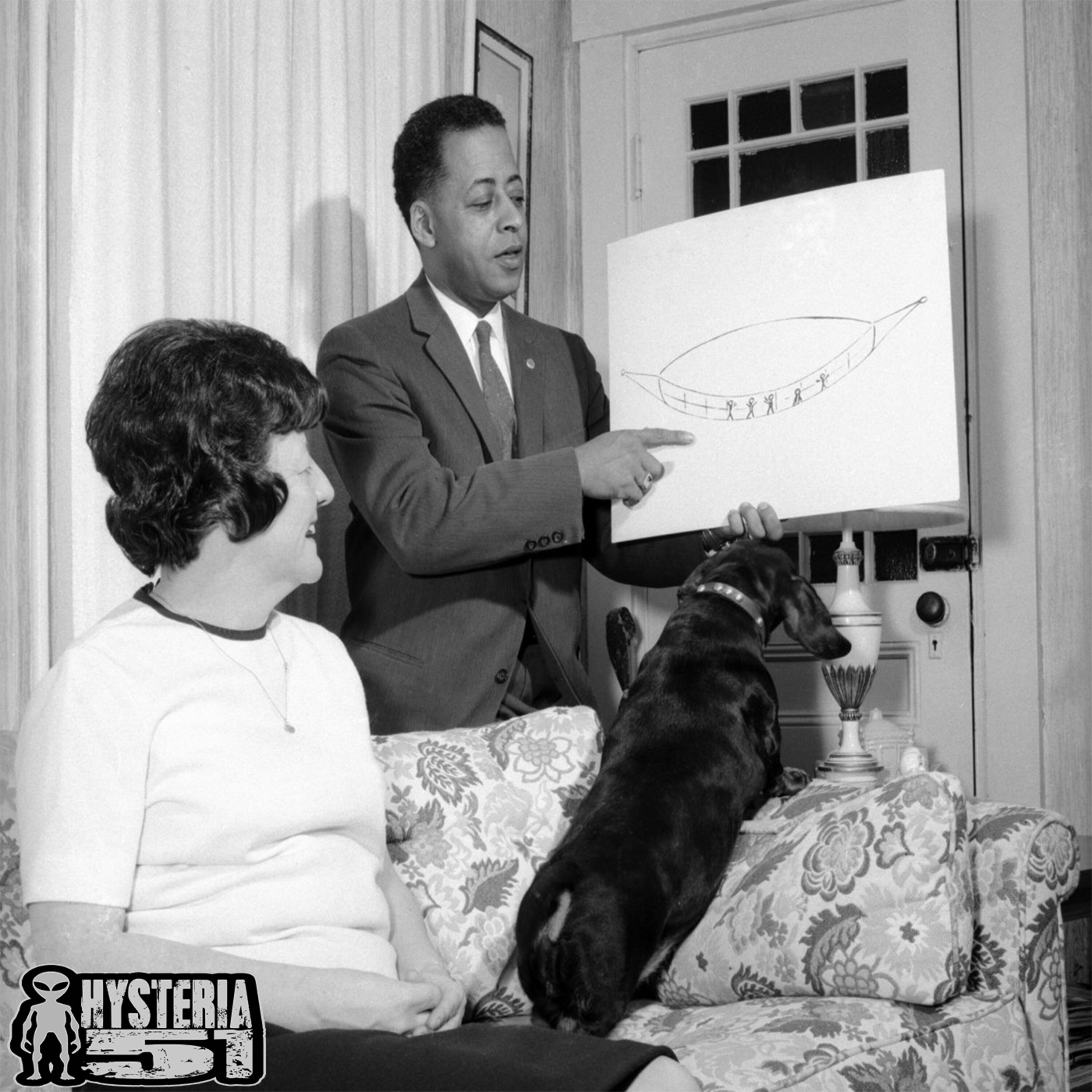 This week we revisit the Betty and Barney Hill Adduction. We are re-releasing our previous two parter. Then, this Friday, we will take a fresh look at the case with new eyes and see if any new evidence has came out and how this case has shaped ufology.

Original Description
Alien abductions have a lot in common with first dates. They’re weird, you aren’t sure how they’ll end, and you get touched in fairly uncomfortable places…no, not like the back of a Volkswagen. The first modern, recorded example of these in the US happened September 19th, 1961 in rural New Hampshire. Barney and Betty Hill were on their way back from Canada (of course) when they say they had a close encounter. Did it really happen? If so, what did the aliens want? And why aren’t UFOs referred to as flying pancakes? The boys are joined by author and Mok’bara (Klingon martial art) expert Michael Paul Gonzalez, Conspiracy Bot abuses Flintstones vitamins, and the eerie similarities between aliens and the British are explored. All of that plus Robert Stack’s trench coat on the podcast that you aren’t mad at, just really disappointed in…Hysteria 51.