Artificial Intelligence: How Frightened Should We Be? | 102 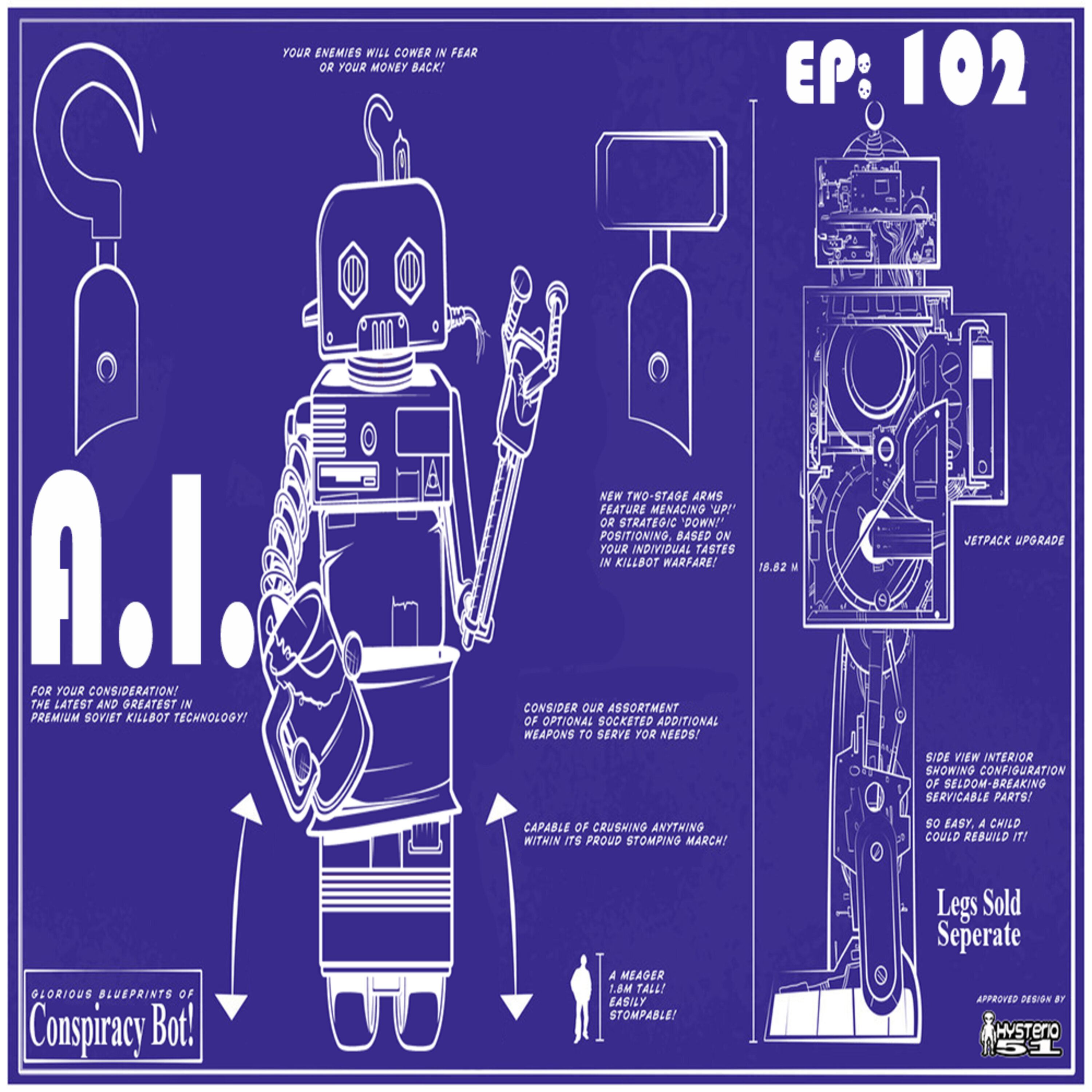 Computers are getting smarter by the day. Soon enough they’ll become self aware and kill us all (for one reason or another). That’s the narrative we’ve all learned from fiction and pop culture over the years, but is it true? Will Artificial Intelligence evolve to a point our puny human minds can’t comprehend? AND if so, will their first act as sentient beings be to wipe us off the face of the planet? This week we open the pod bay doors and dive deep into A.I. Plus, Conspiracy Bot and Alexa have an existential conversation about self awareness (it doesn’t go far). The fellas talk their favorite Kevin Smith flicks (Tusk is not the right answer). And C-Bot is reminded he just might not be the most advanced cybernetic organism out there (which comes as a shock to no one but the toaster). All of that and more on the podcast that knows artificial intelligence is already here (it just isn’t Conspiracy Bot) – Hysteria 51.

Huge thanks to Sam Kulper of Breakers Podcast for joining us this week.
Breakers is Shepherd Grey’s account of what life looks like after organized civilization crumbles as he and his faithful canine companion, Rommel, venture out from their home in Virginia to try and count themselves among the survivors. It has been several years since the outbreak began. The virus is just a sick and twisted part of life now. You test as much as you can, but there is no “preventing” it, only staying alive until you catch it. “Red you’re dead” is a phrase all too commonly heard throughout the world. You have your outlaw rowdy gunslingers, your criers, your survivors, and your breakers… If you don’t fit into those categories, your are among the dead.

Check out all the Breakers Podcast Episodes
http://www.breakerspodcast.libsyn.com/