Atomic Spies: The Secret Soviet Program To Nick A Nuke | 186 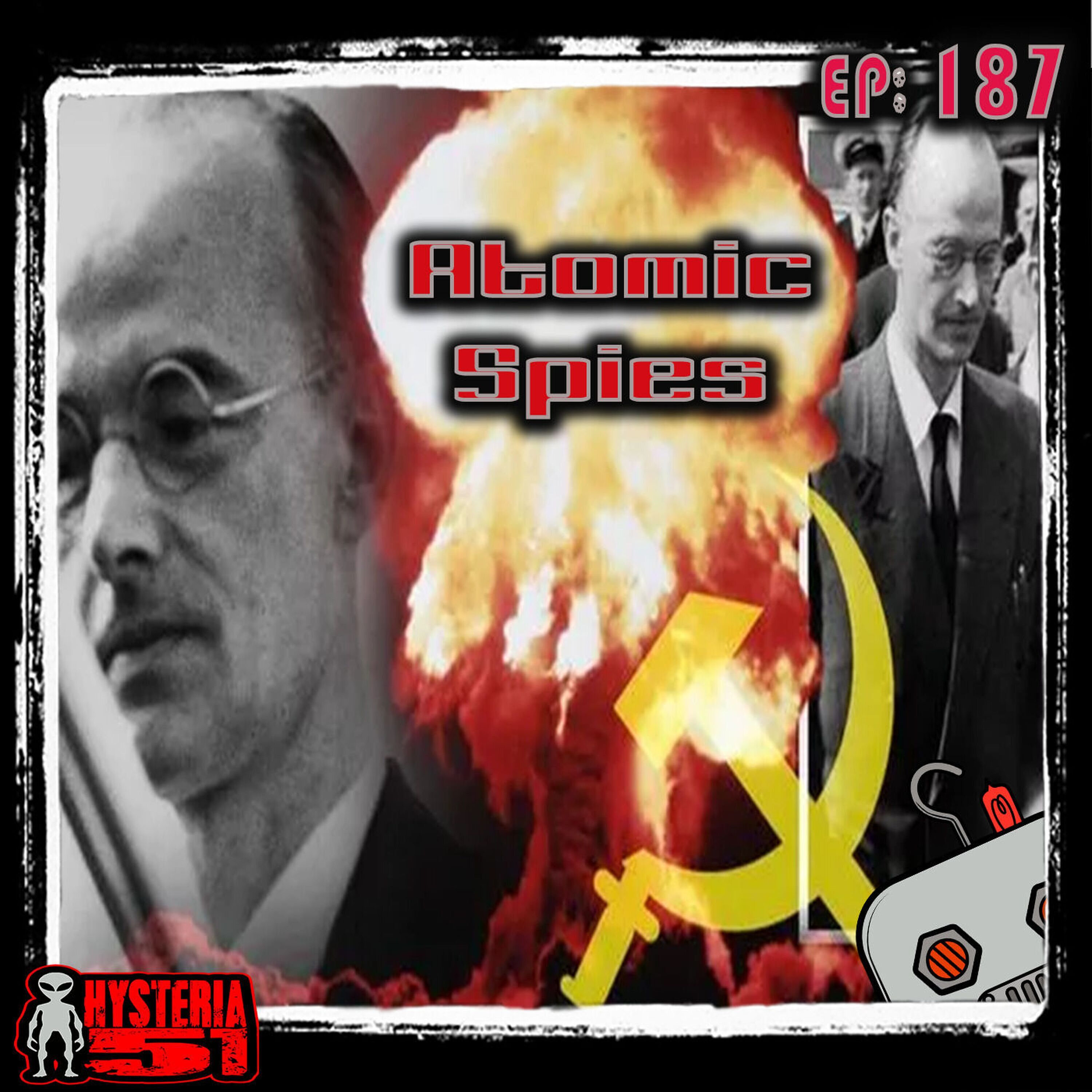 In the years leading up to WW2, scientists from all over the world speculated about the potential for a new type of weapon – one that harnessed the power of the atom. And while the Americans, Brits, and Canadians were busy building the largest secret project in the history of secret projects (The Manhattan Project)...the Soviets had a different strategy: just steal it. So, as WW2 rages on, the US and USSR are still frenemies. But, under the surface the Cold War has begun. Enter the Atomic Spies. Exactly how many agents did the Soviets have under our noses? Were they successful in stealing our secrets to create their own nuke? Did Picasso know The Pope? We grab our decoder rings and infiltrate the Atomic Spies this week. Plus, C-Bot thinks Yakov Smirnoff makes a good vodka (¯\_(ツ)_/¯), Kyle knows waaaay too much about Brent and John’s past (¯\_(ツ)_/¯), and Kevin Crispin and JTR Brown make a return to the lower 4th (¯\_(ツ)_/¯). All of that and more on the podcast that was never a spy for Soviet Russia, but we DID enjoy the Americans – Hysteria 51.

Make sure to check out the amazing work from this week’s Guest JTR Brown:
Scab Among the Stars (Lunar Lives Book 1)
Machines and Fever Dreams: Ten Surreal Tales

Find the week's sources at:
http://hysteria51.com/atomic-spies-the-secret-soviet-program-to-nick-a-nuke-186/