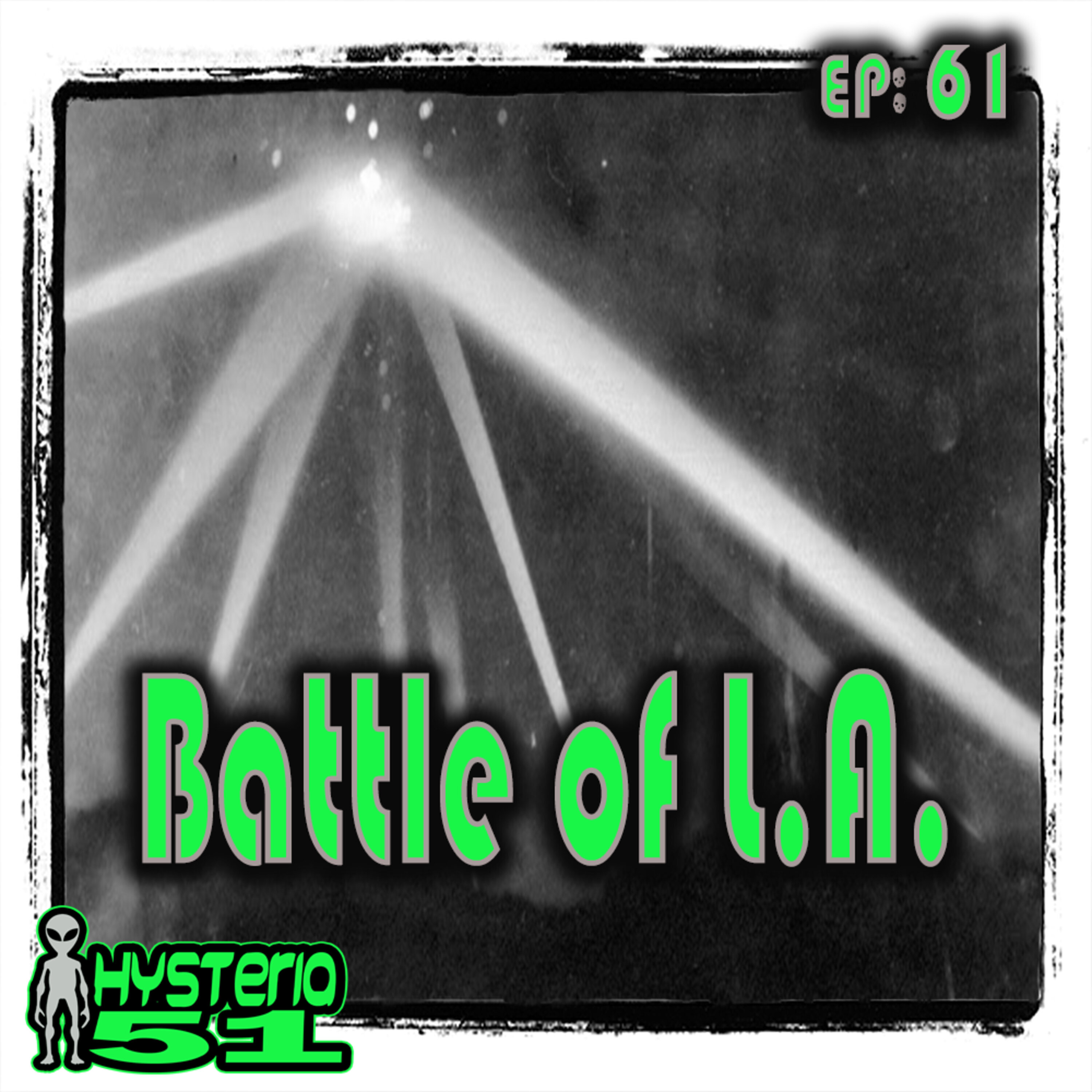 In the early morning hours of February 25th, 1942 the US military fired over 1400 anti aircraft shells and thousands of .50 caliber rounds into the night sky over Los Angeles…at something. The question is, what were they firing at? In the chaos a single photo was taken. In the photo, amidst the artillery, flak, and chaos, was a mysterious craft with searchlights trained on it…a craft with a distinctly saucer shape. Had World War II hit the mainland United States? Or was this a different type of battle altogether…the intergalactic type? We lace up our boots and join the fight this week. Plus, the boys discuss the benefits of having a Secretary of WAR (there are many), Conspiracy Bot gets a man-cave…err…bot-cave (hey it helps keep the neighbor’s cats safe), and Joe Peck joins the show for the last time (we mean it this time). All of that and more on the podcast that doesn’t always shoot first and ask questions later, but when we do we make SURE it’s directly at Nazis – Hysteria 51.