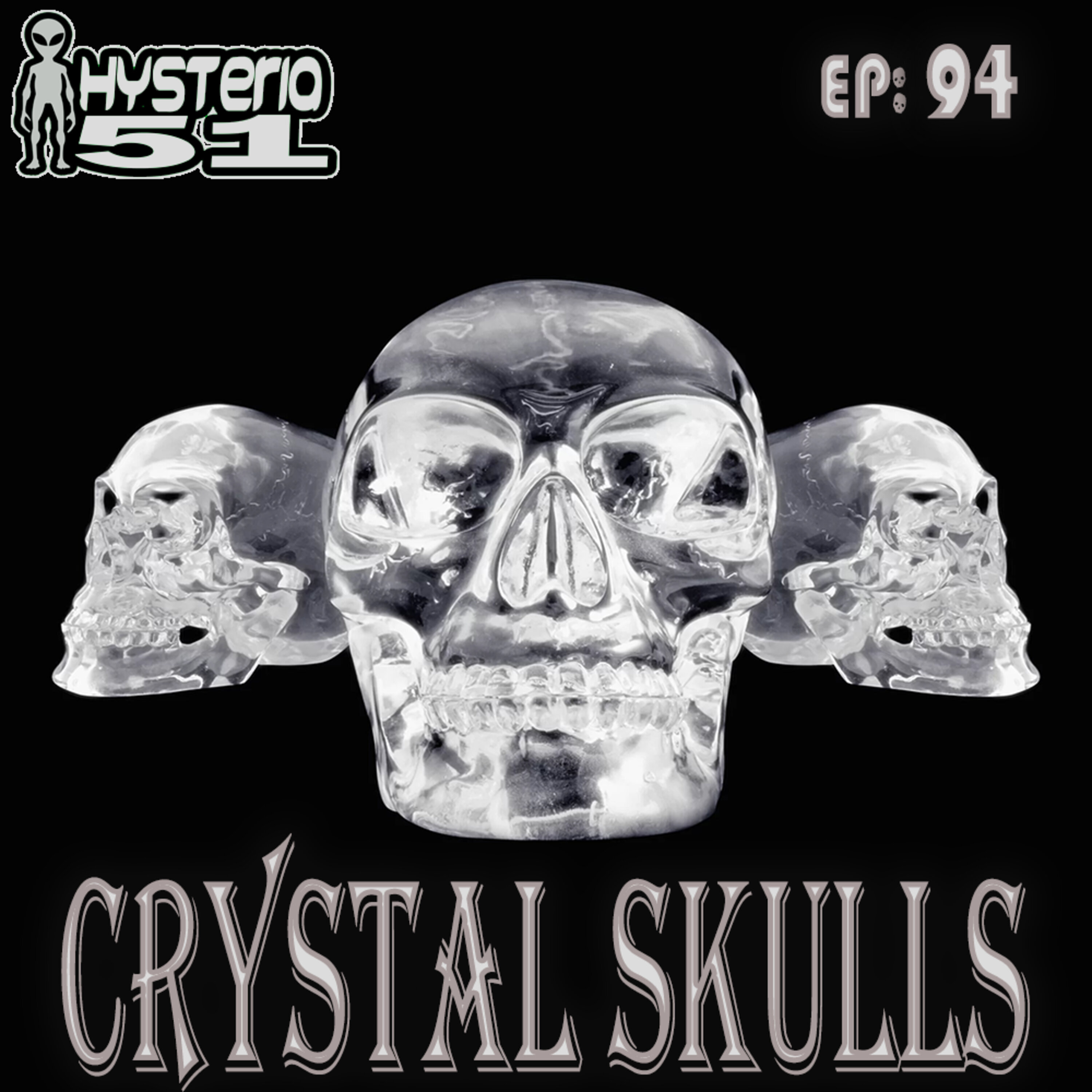 There is a series of skulls across the globe that are made of solid quartz and are virtually identical to one another. Some legends say that the unification of the 13 original skulls will save the human race from the certain doom that is Y2K. Wait...that came and went. Anyway, you get the idea. Get the skulls together and they have some sort of mystical power. Others argue they are nothing more than modern-day fakes. Whatever the case, we can all agree they're a terrible basis for a movie (just going to leave that there and move on). Anyway, this week we dive into the history and mystery of the crystal skulls. What is their true origin? Are they evidence of an advanced ancient civilization? Could they contain the shared knowledge of the universe like a existential hard-drive? We go in search of the truth (or at least a good episode). Plus, Joe Peck is back to try his hand at being a Pueblo Spiritual Adviser. John won't let go of a bad joke. And Conspiracy Bot makes punch for everyone...especially Brent. All of that and more on the podcast that already owns numerous Crystal Skulls…filled with vodka and made by Dan Aykroyd – Hysteria 51.