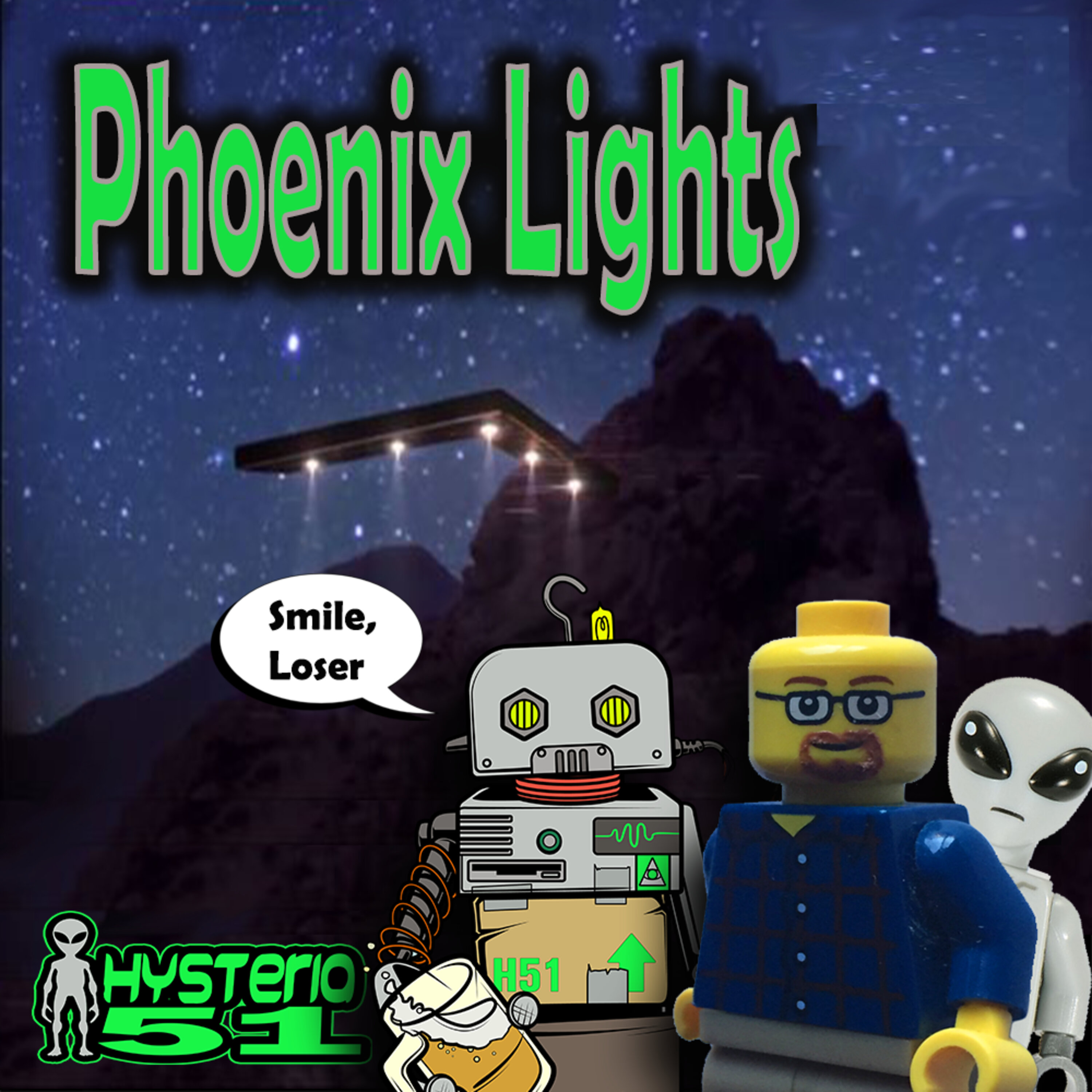 David Flora Week Day 2! This time we go back to David's first time on H51 back in 2018. He brought his Legos and his Phoenician (I hate that word) knowledge as we talked the triangle craft mystery that still gets people worked up, The Phoenix Lights!

Original Description
If one guy says he saw a UFO - it's easy to dismiss. But what do you do when over 10,000 people in one state say they did? That's exactly what happened March 13th, 1997 throughout Arizona. They all describe something very similar too: several lights arranged in a triangular pattern slowly moving overhead. Was it a visit from E.T.? A top secret military project? Or swamp gas bouncing off a weather balloon coupled with flares and whatever else they can come up with? The H-51 I-Team investigates this week with the help of David Flora from the Blurry Photos Podcast! That's right - a odd pod crossover event right here in the lower 4th dimension! Plus, Conspiracy Bot orders a vial of The Rock's sweat (it made sense to him). We learn more about Goforth in the 90's than we ever wanted to know (two words: frosted tips). And we discover the real reason the Titanic sank (it might involve a demon). All that and more on the podcast that doesn’t believe EVERY conspiracy from 1997, but we KNOW there was more room on that door ROSE! Hysteria 51.