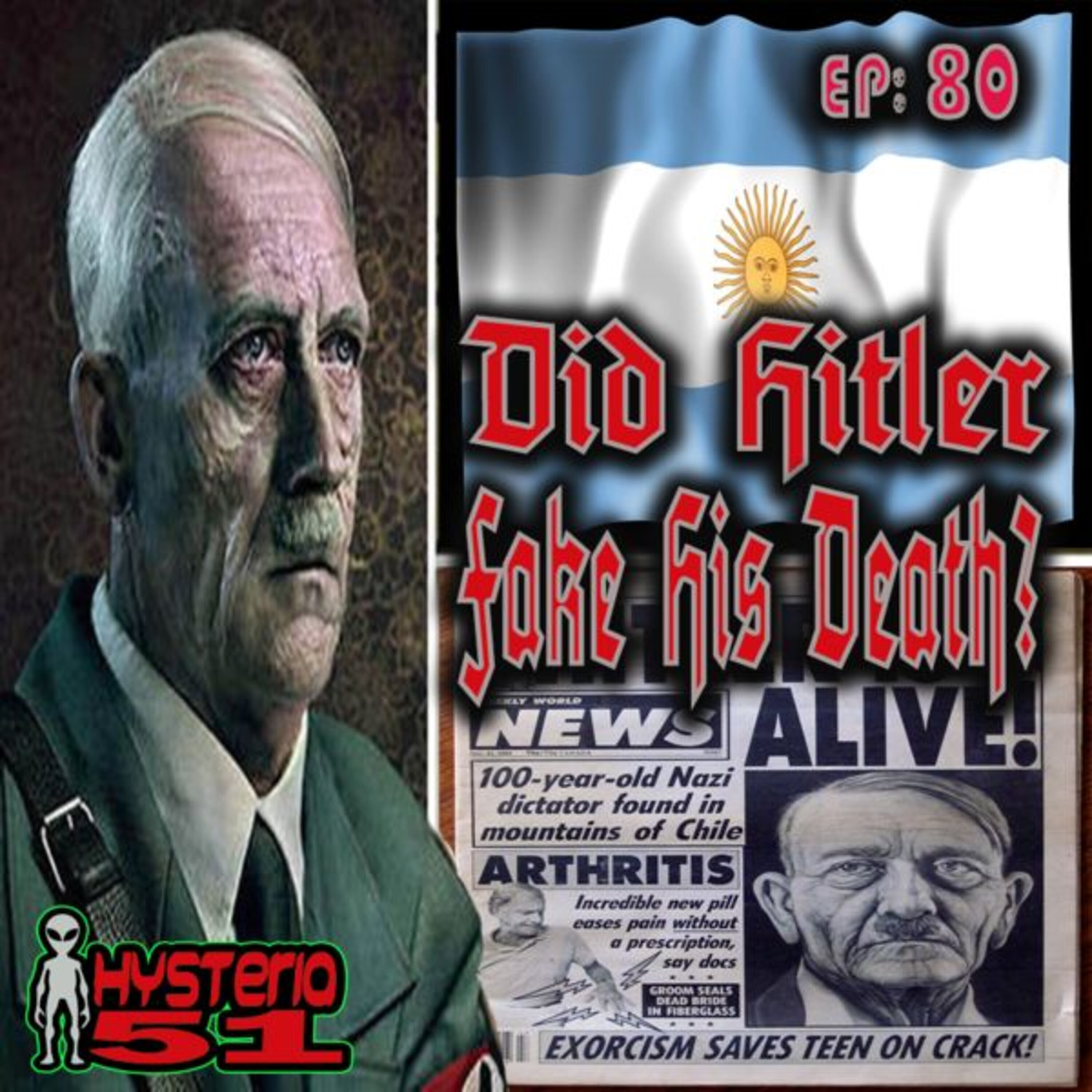 Adolph Hitler and his new wife Eva Braun committed suicide on April 30th, 1945 as they cowered in a bunker under Berlin. The Russians were literally at the doorstep and the Americans just a few miles away. There was no way out...or was there? Theories abound that Hitler didn't die that day , but rather orchestrated an elaborate ruse to get out of Germany and escape to one of many locations; Argentina? Spain? Antarctica? The Hollow Earth? If they did escape, what did they do when they arrived? Attempt to blend in with their neighbors (imagine that name popping up on the new neighbor's mailbox) and go on to live an ordinary life. Or, surreptitiously attempt to accumulate wealth and support to bring about the rise of the 4th Reich. We dig up the Führerbunker and go Nazi hunting this week. Plus, we welcome Joe Peck back to the show with open arms, Conspiracy Bot is a delight to be around, and Brent doesn't spend an inordinate amount of time laughing at his own jokes. All of that and more on the podcast that doesn’t always do April Fools shows, but when we do they involve the death of Hitler - Hysteria 51.