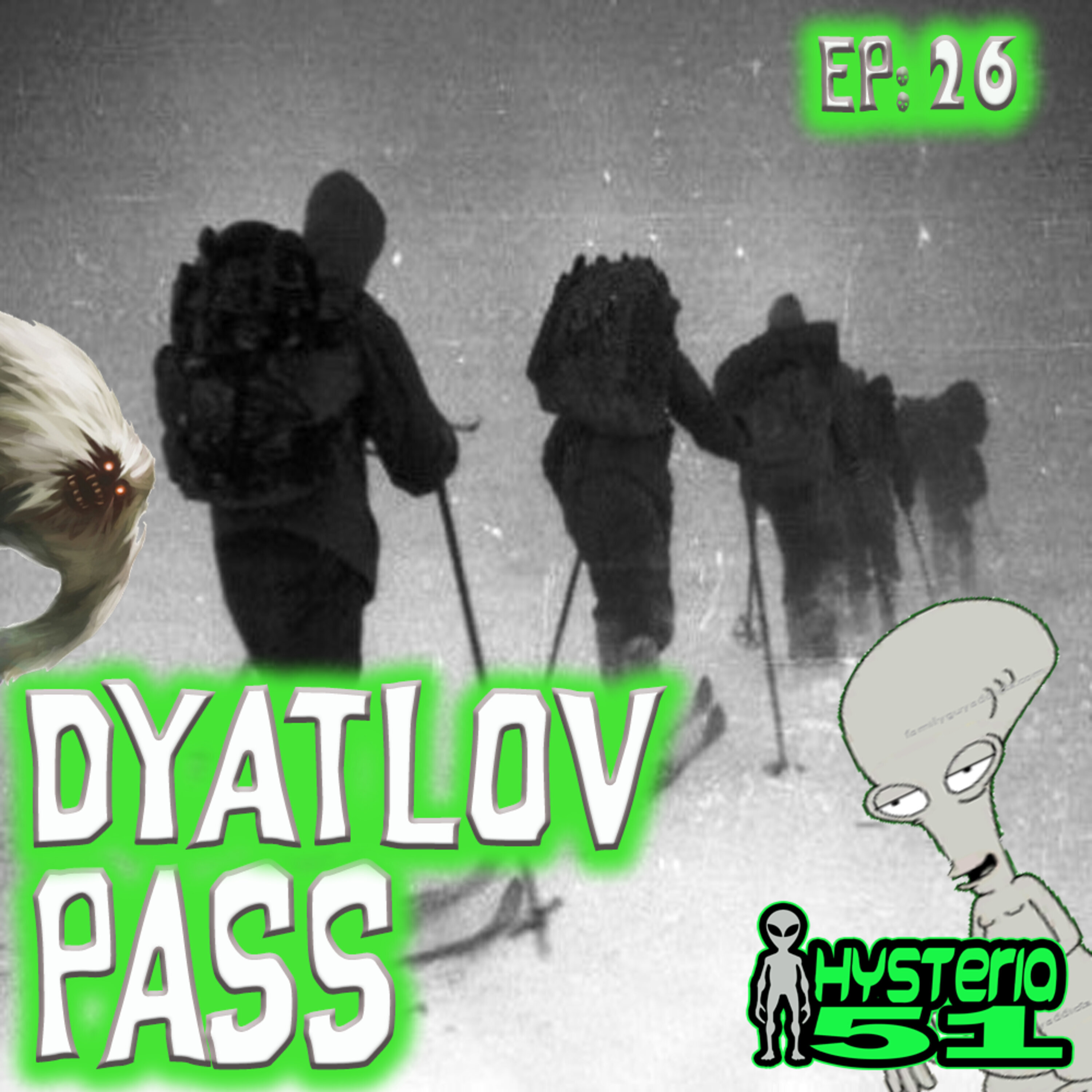 Who wants to go hiking through the mountains of Russia? Here are the basics, the average temp will be roughly -15, the translated name of our destination is “Don’t Go There” and the route we’ll take will have us traversing “The Mountain of the Dead”. No takers? Well, in 1959 10 Russian college students decided to do that very thing. And…spoiler alert…9 of them didn’t come back. Theories as to their demise include wind born craziness (yes that’s a thing), Cold War chemical weapons, aliens, and even Yetis! The H51 I Team investigates. Plus, the triumphant return of Brent to the show, Conspiracy Bot pushes his luck a little too far, and the merits of sunbathing when you’re dead. All of that and more on the podcast that doesn’t think we’ve been wiretapped by Barack Obama, but kinda hopes we were by Michelle – Hysteria 51.