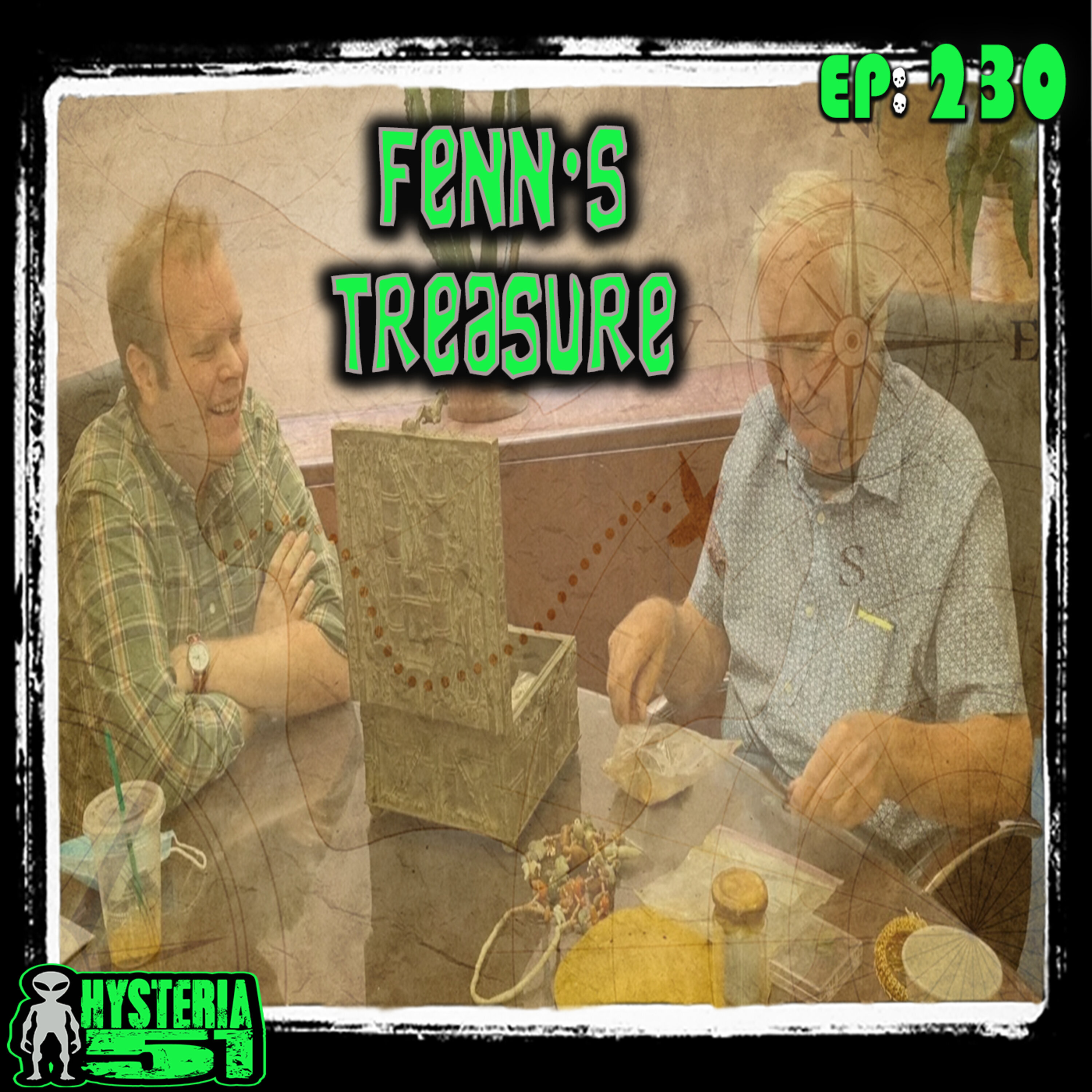 A former Air Force pilot turned (possibly shady) art dealer thinks he's on his way to the grave in the late 80s and comes up with an idea. He's going to use his amassed wealth to put together a modern day treasure chest and go die next to it in the Rocky Mountains. The flaw in his plan? He didn't die. That man was Forest Fenn and he eventually decided in 2010 to hide the treasure anyway (without his body) and tell the world to go find it; winner take all. And with that the hunt was on. Over the course of the next decade hundreds of thousands of people searched high and low for this infamous box. Some even lost their lives in the pursuit. But was this treasure really out there? If so, were the clues really under everyone's noses in a poem Fenn had written? And perhaps most importantly, could John and Brent be any worse at poetry recital? We answer those questions and more this week as we go in search of Fenn's Treasure. Plus, Conspiracy Bot plugs yet another "Uncle Conspiracy Bot’s Fun Time Toy" (sigh), Kyle gets a change of scenery (and circuitry), and the studio gets a redecoration (not in a good way). All of that and more on the podcast that’s never found a buried treasure, but we did once stumble upon two tickets to paradise - Hysteria 51.