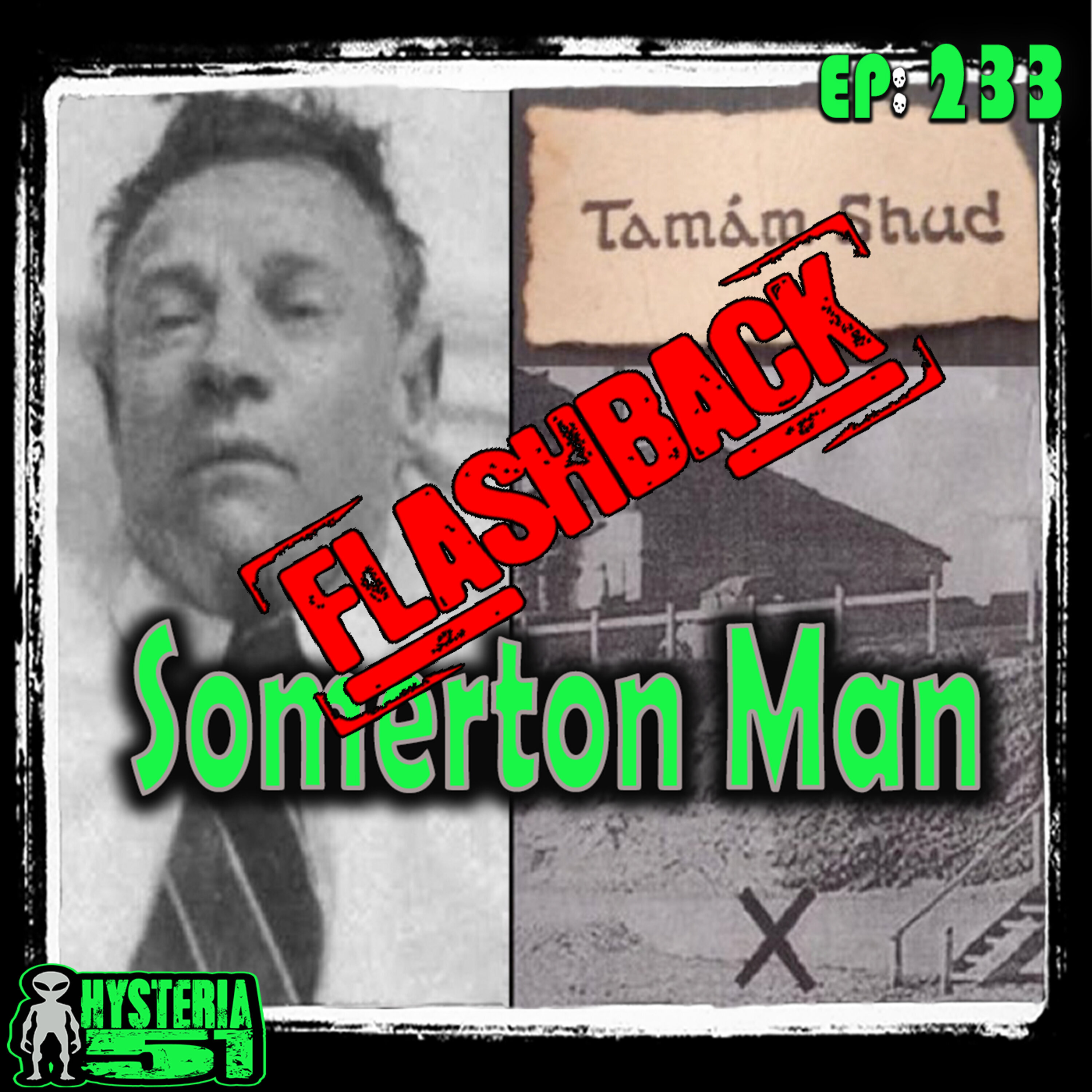 CBot here. It's Flashback week on Hysteria 51.  Monday through Friday this week the meatsacks are releasing one of their favorite past episodes of the show.  On Friday there will be a post where you can vote for your favorite episode of the week.  1 person who voted will be picked at random for a prize pack so make sure to hop on Hysteria Nation if you like crap from dumb podcasts.  I hope you lose!

A recently deceased man’s body is discovered on an Australian beach. No signs of foul play and at first glance it appears to be just another unremarkable death. But then… The man can’t be identified…with any database…anywhere on the planet. All tags have been removed from his clothing, taking away the ability to even trace their country of origin. A small scrap of paper is found in his possession with two words in Persian, torn from a rare first edition book by a 12th century poet. Oh, and that natural death? Might not have been so natural. And that’s just the tip of the iceberg in what is considered Australia’s most perplexing cold case. The Somerton Man case has it all; love triangles, spy games, and even ciphers! Every good mystery needs a cipher. The H51 I-Team investigates. Plus, we discuss the various ways to die or get eaten in Australia, the return of C-Bot’s homicidal tendencies, and the return of the WHEEL OF CONSPIRACIES! All of that and more on the podcast that isn’t from the Land Down Under, but we sure like to party like we are – Hysteria 51.