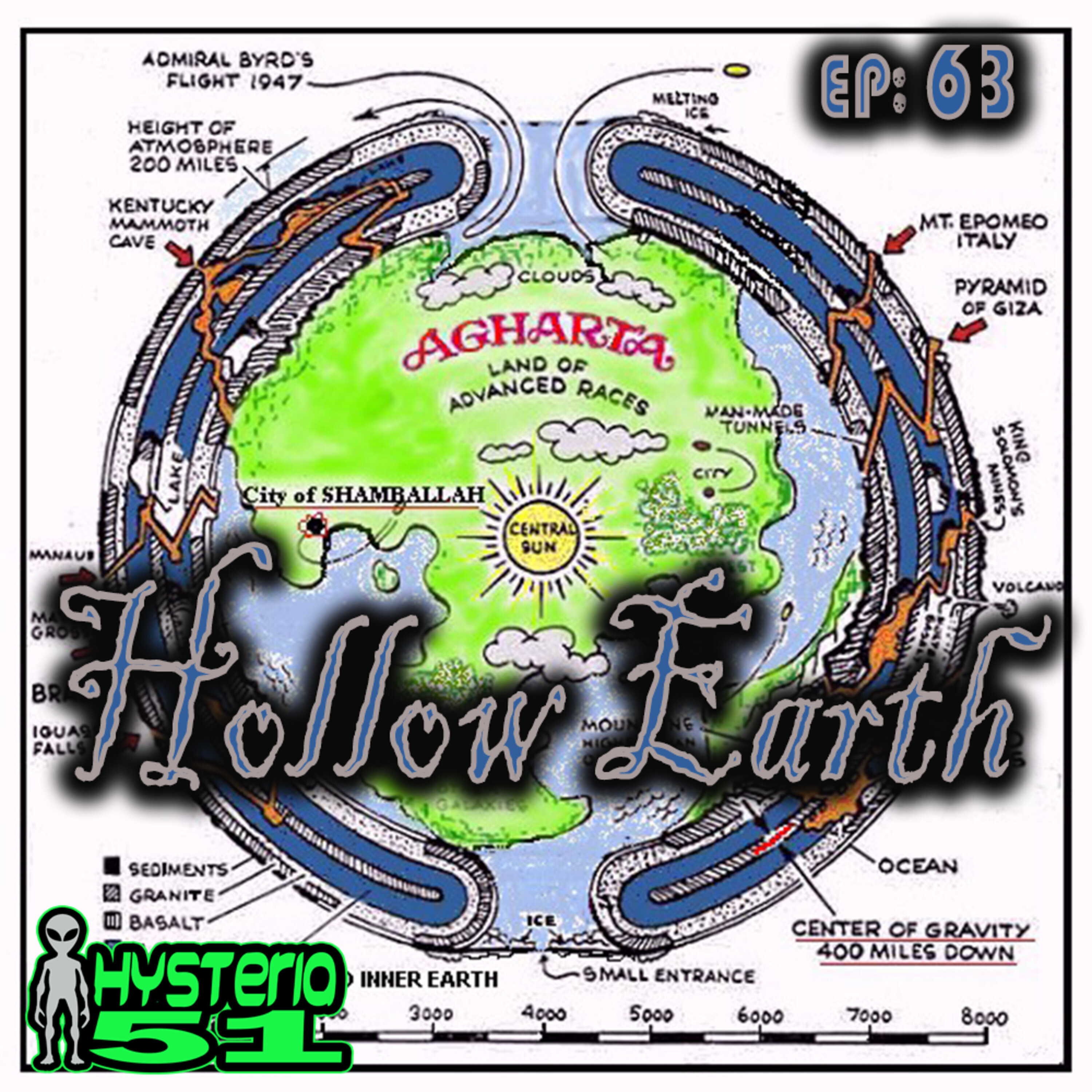 The Hollow Earth – the belief by some that instead of a molten core and other science-y things, that instead there’s an entire other world just inside our Earth’s crust. Ancient civilizations? Sure! Dinosaurs. Of course. Another sun? How else would they see? Aliens? Why not! Nazis to make fun of? Well, this wouldn’t be Hysteria 51 if there weren’t. But where does this belief come from? How do so many civilizations throughout history share a similar belief of holes in the polar icecaps that take you to this mythical Shangri-La? And…bear with us here…what if? What if, defying logic, science, and really all rational thought there is something more just beneath our feet? This week we grab our spelunking gear and set out to get to the core of the matter. Plus, Conspiracy Bot hopes to pursue a career in comedy (he can’t), we find a new whack-a-doo society that we’re hoping will give the Flat Earthers a run for their money (they can’t), and Brent endeavors to teach us about the physics of giants (he can’t). All of that and more on the podcast that’s never been inside the Hollow Earth, but if you want to buy a nice piece of land down there – we know a guy – Hysteria 51.