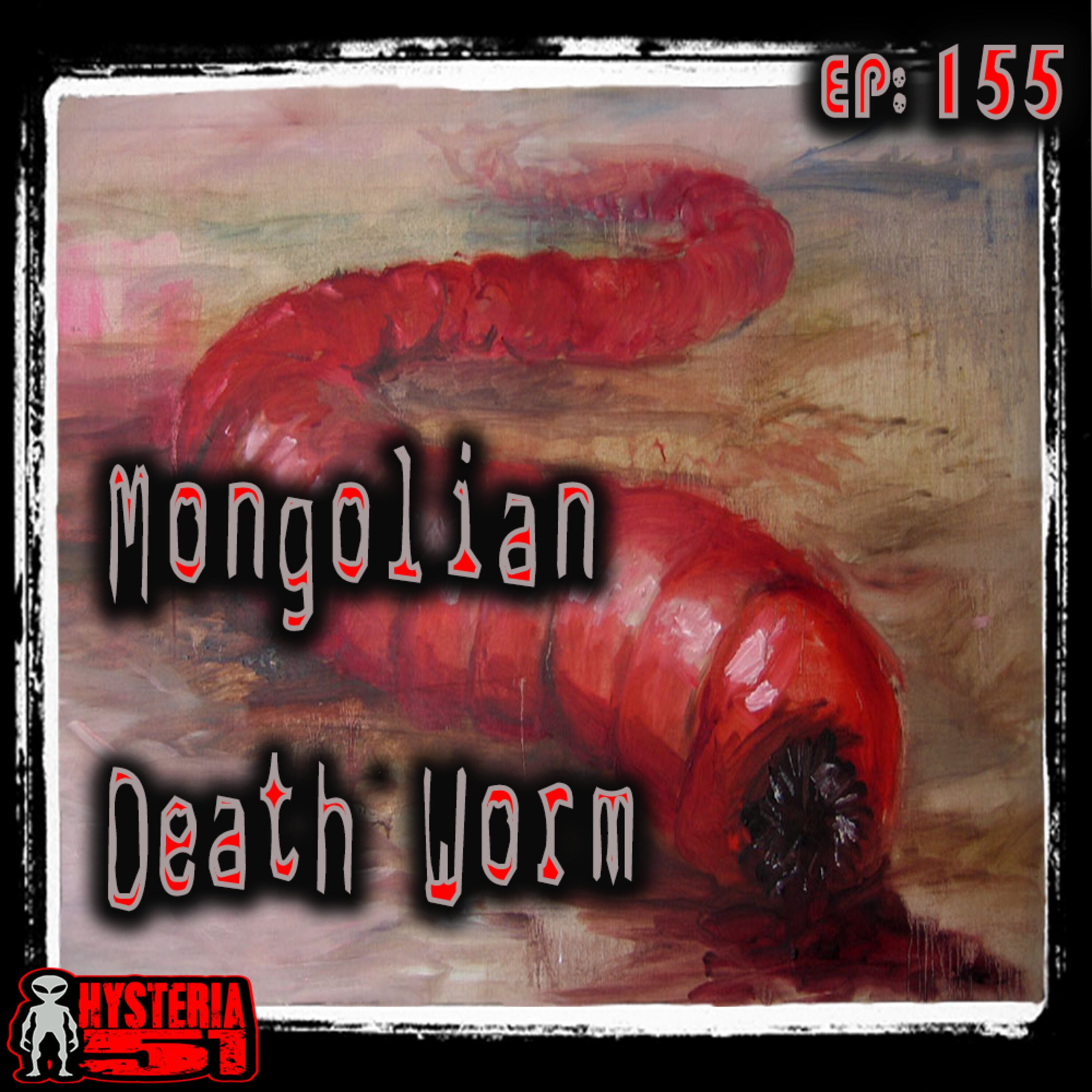 We’re back in the cryptid cornucopia this week with Mongolian Death Worms. We know, we know….they sound cuddly, but we wouldn’t suggest snuggling up. These enormous worm-like creatures allegedly live in the Gobi desert and snack on locals for sport. They spit acid, shoot electricity, and will kill a man by a mere touch (yeah, we’re surprised it isn’t Australian too). But are Mongolian Death Worms the surreptitious stalkers from legend, or are they merely a campfire tale passed down through generations? We grab the spice, call Kevin Bacon, and escape the Great Pit of Carkoon this week as we investigate. Plus, Kyle seems to be MIA (at least its quieter), Conspiracy Bot predicts Brent’s demise (is it a prediction if you cause it?), and the fellas discuss the weird stuff they did with bugs as a kid (magnifying glasses anyone?). All of that and more on the podcast that wonders, if you cut a Mongolian Death Worm in half do you get two Mongolian Death Worms? Hysteria 51.