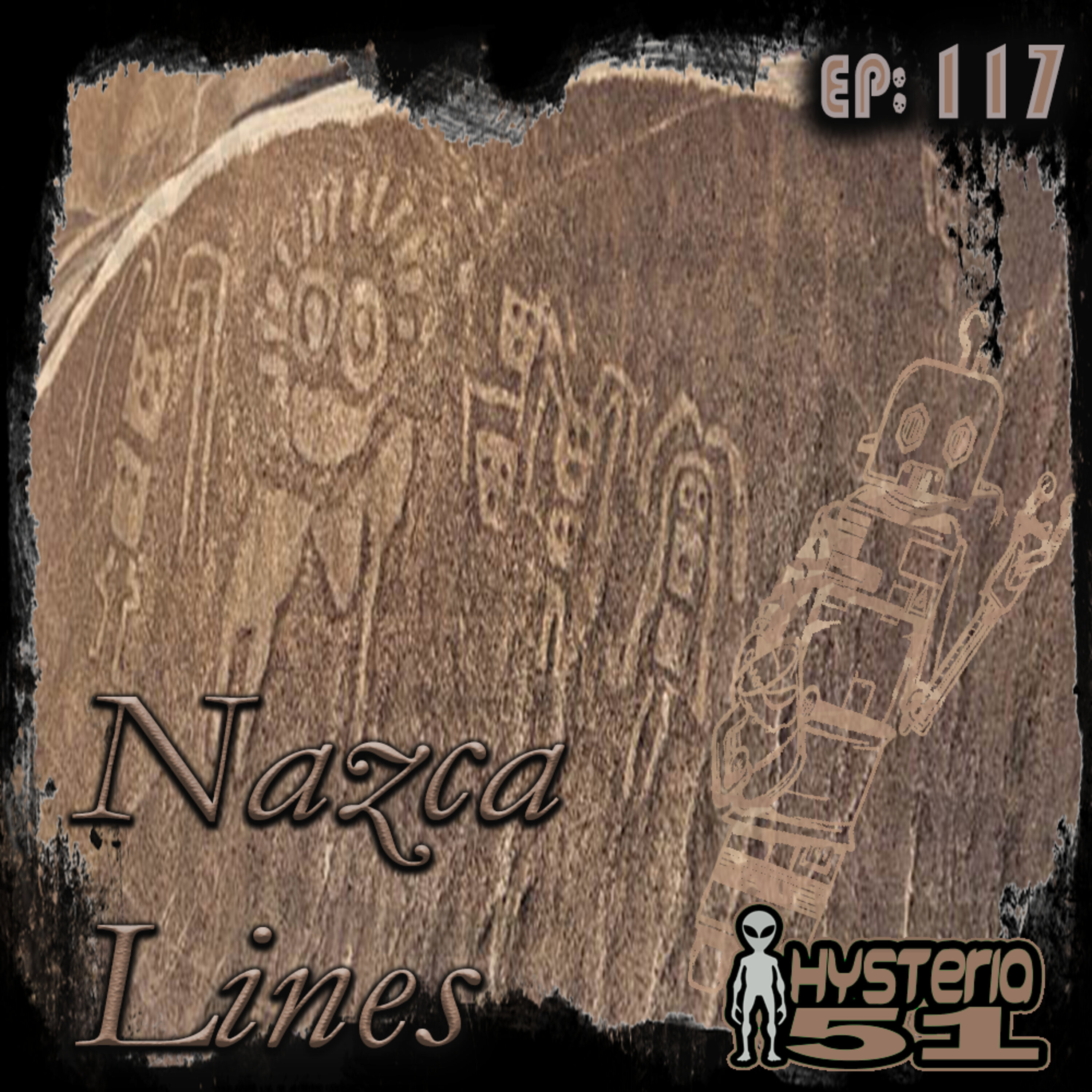 The Nazca Lines are a group of ancient geoglyphs etched into desert sands of southern Peru. Made up of of over 10,000 lines, the figures are most visible from the air or nearby hilltops. The designs range from geometric patterns to animals and more. Why would an ancient culture spend the time and effort to etch out such elaborate and large designs? Is it simply an ancient artform? Were they an homage to the god(s) of the time? Or, were they an invitation…even a guide to a group viewing from the stars? We grab our brooms and dust off the Nazca Lines this week. Plus, the fellas talk about their favorite childhood art toys (Mainway’s Bag o’ Glass makes an appearance). Conspiracy Bot learns about yellow snow. And the merits of giving soldering irons to children is debated (it’s a good idea). All of that and more on the podcast that that’s never carved ornate messages into the earth for aliens, but we have written plenty of messages in snow…yellow snow - Hysteria 51.