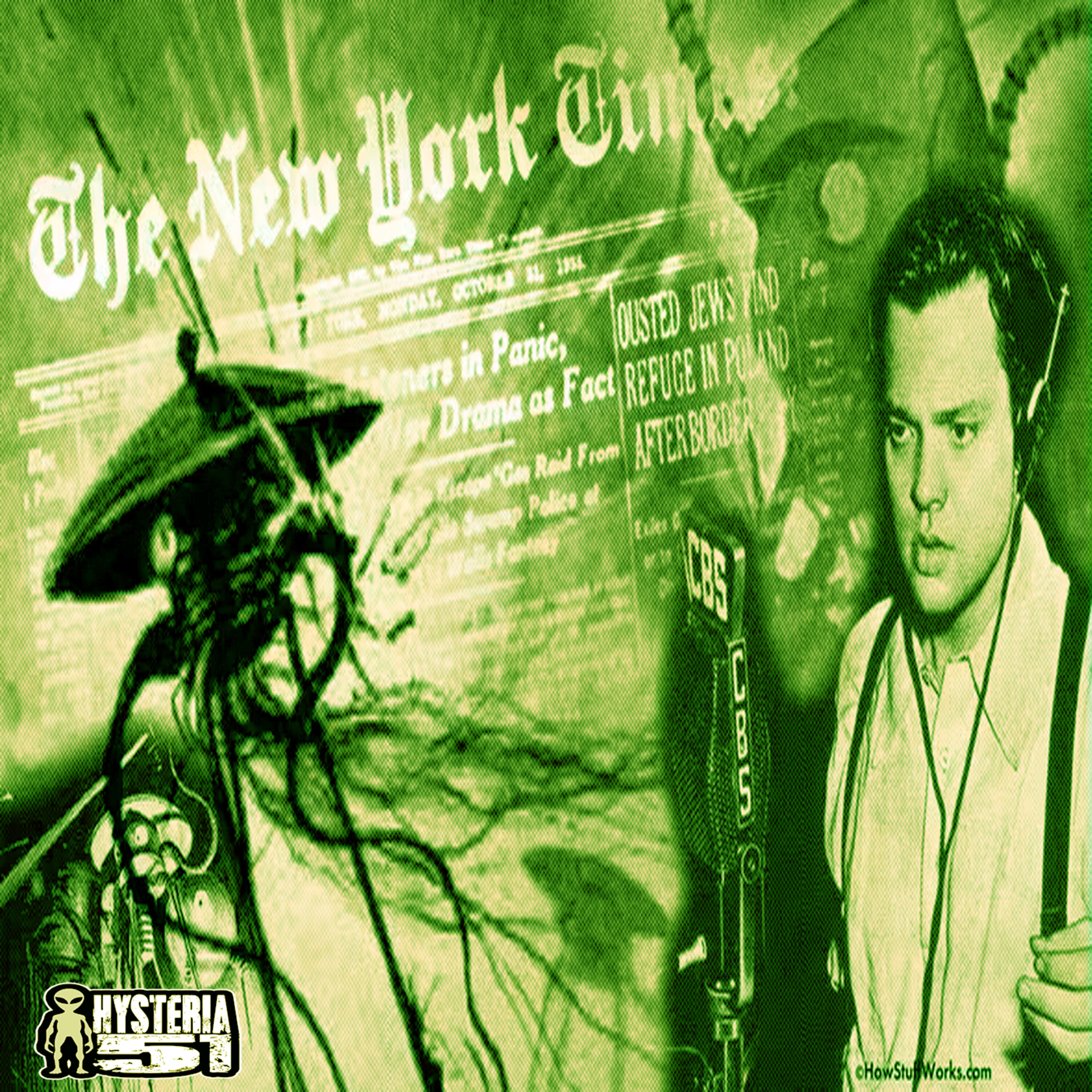 Happy New Year!
And as a New year's tradition here on H51, we ring in the year with a old time radio drama.  This year Orson Welles is on tap for the War of the Worlds, the broadcast the sent the world into panic!

Show Description
Astronomers report seeing several large explosions of incandescent gas on the surface of the planet Mars. A large meteor is then described to have landed somewhere in the New Jersey farmland. A cylinder, which is thought to have been said meteor, was found on Grover's Mill, New Jersey. The cylinder is almost identical to that of the novel being 30 yards in diameter and a yellow hue. The top end of the cylinder begins to unscrew, and when it comes off a Martian appears above the rim. A policeman approaches the Martian with a white handkerchief in his hand, to show the humans were friendly. This is when the heat ray appears and kills at least 40 people.

Orson Welles broadcasting The War Of The Worlds

The military is sent in to destroy the cylinder but a Martian Fighting Machine rises out of the cylinder, burning or crushing over five-thousand soldiers. The Martians advance eastward, cutting down bridges and power lines in their track.

An artillery unit comes into combat with some Fighting Machines but are killed quickly after they suffocate in the Black Smoke. A B-17 Bomber, which replaces the HMS Thunder Child in this story, is used to bomb the Tripods but is struck with the Heat ray but crashes into a fighting machine.

The Martians continue north until they reach New York City. It is here when the 'radio part' of the broadcast ends. The Martians use black smoke on the fleeing population, this is what kills the broadcaster.

The second part of the story includes Professor Pearson hiding in a house and after watching the Martians outside his window he ventures out, into the city. Here he finds a slightly crazy soldier (The Artillary man) who describes his dream of living underground. The Professor then leaves this man and wonders into the city.

He discovers the Martians dead. Killed by bacteria. Black birds eating their bodies...