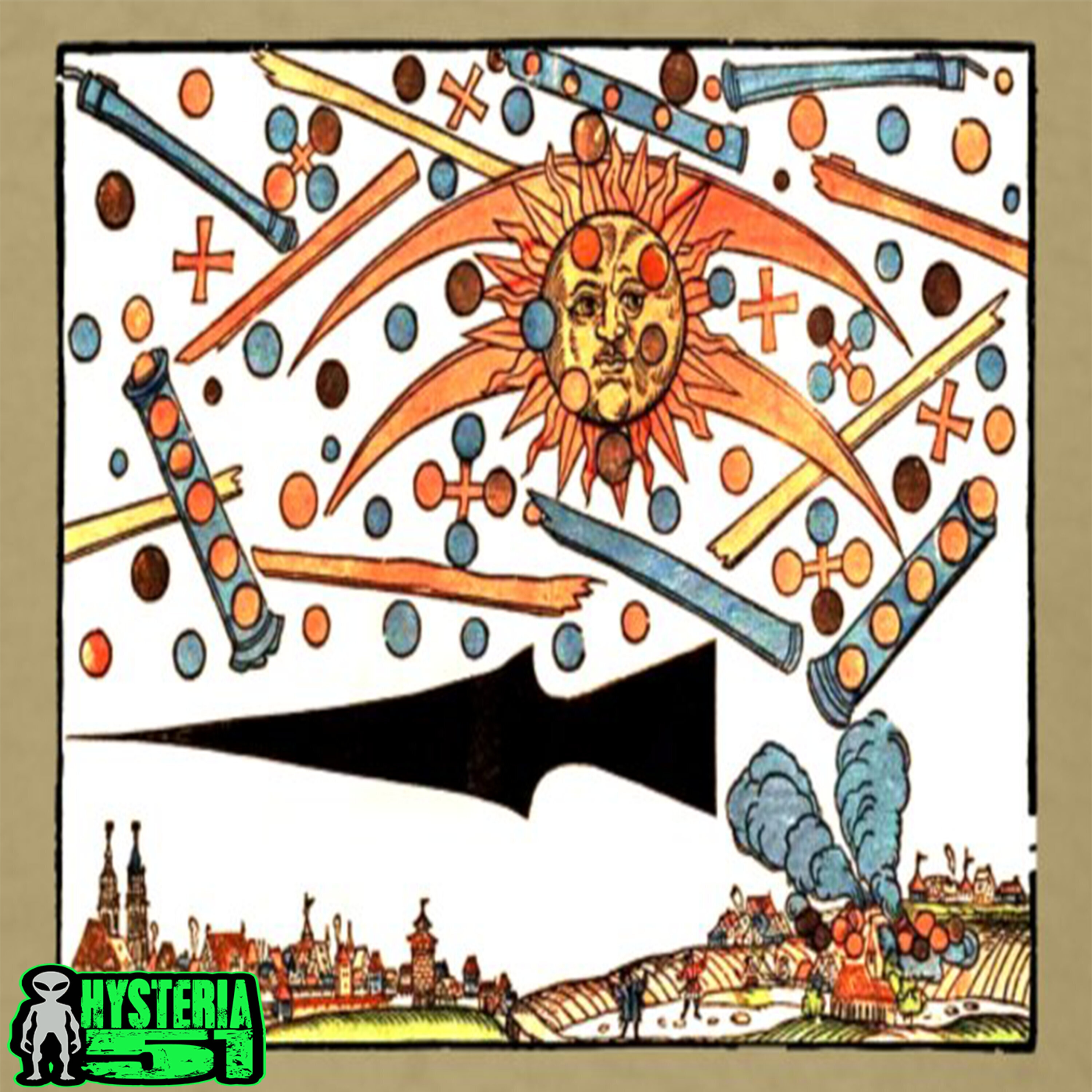 There's no shortage of art experts and historians who delve deeper in to classic works and find hidden meaning (thanks Dan Brown). Is that really Mary Magdalene in The Last Supper? What exactly is Mona Lisa smiling about? What kind of craft were the aliens flying in Hans Glaser's woodcut engraving? You know…the classic questions. Not familiar with our friend Hans? Well, buckle-in this week kids because it's a doozey. Tl;dr there was an alleged space battle over the city of Nuremberg in 1561 and he captured a likeness of said battle along with a description in a wood carving he made for the local newspaper. Did actual UFOs fight an intergalactic battle over 16th century Germany? Were the Avengers involved? What is the 16th century anyway? We answer all of the questions around the Nuremberg Celestial Phenomenon this week. Plus, C-Bot threatens to decommission himself (fingers crossed), Kyle drops our last Chronovisor in the batter (we'll give you one guess as to what he was making), and the fellas debate a new tagline for the end of the show (you'll just have to listen). All of that and more on the podcast that’s never witnessed a UFO battle over 16th century Germany, 16th century Sweden on the other hand…well, that’s a story - Hysteria 51.