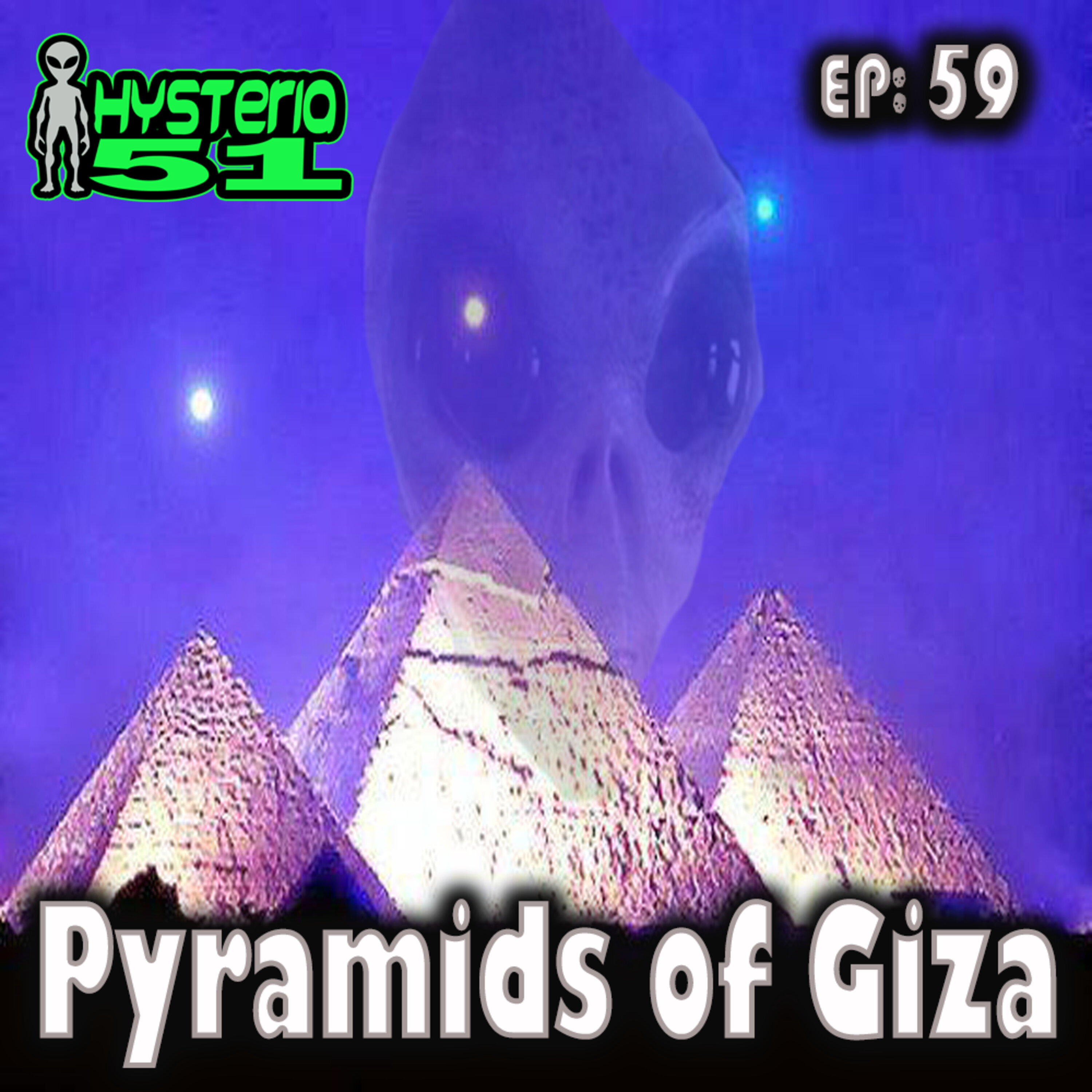 Pharaohs and fortune, gods and gold, magic and murder, tombs and treasure. That’s just a little of the mythology evoked when you mention the pyramids. These ancient buildings in the dessert are shrouded in mystery and steeped in legend. And though there are literally 1000s of ancient pyramids all across the world, when you say “the pyramids” to almost anyone they think of that same place: the Giza Pyramid Complex. With mysteries such as the Great Pyramid and the Sphinx, these ancient wonders leave experts with more questions than answers. What is their true purpose? Who actually built them? Could they have been 1000s of years old when the Egyptians found them? And, of course, how were the aliens involved? This week we dust off our fedoras, pack up the camels, and go in search of the truth. Plus, a programming error makes Conspiracy Bot nice (we hope it’s permanent), Giorgio Tsoukalos stops by the show to tell us about ALIENS (not really but we play clips), and why don’t people eat inside Pizza Hut anymore (unless it’s across from the Sphinx)? All of that and more on the podcast that has NO IDEA where the pyramids came from and we’re definitely not saying it was aliens, but it was aliens – Hysteria 51.