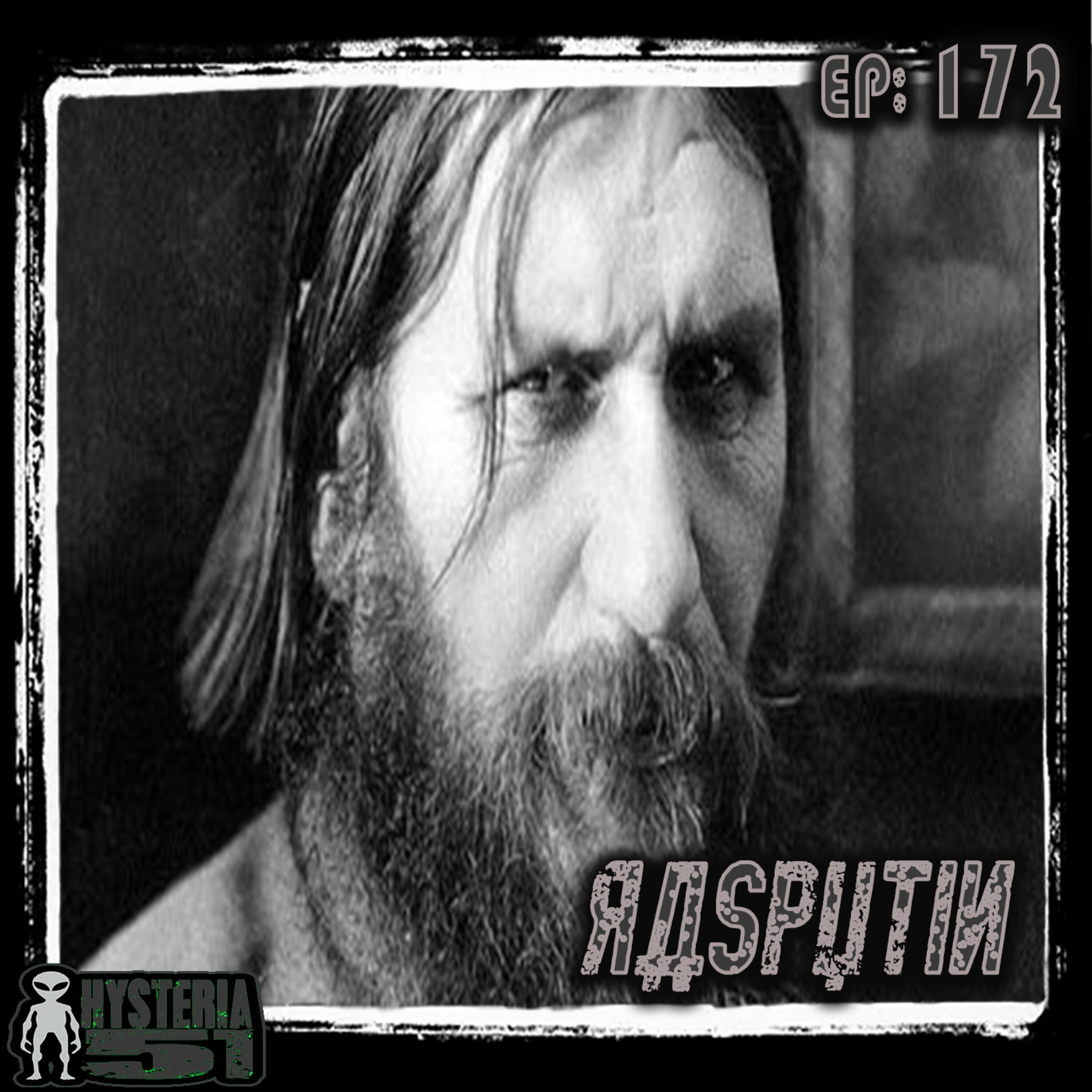 Grigori Rasputin was one of the vilest, yet powerful villains in history. He was a giant both metaphorically and literally. He controlled magical powers of the dark arts, likely supplied by the devil. He was so powerful that after being poisoned, shot, stabbed, shot again, beaten, and thrown into a river – he was not yet dead.

Grigori Rasputin was a short, drunk womanizer that constantly stunk. Yet somehow, he wormed his way into the royal court of Nicholas the 2nd, the last Czar of Russia. Any “magic” or paranormal ability he showed was a mixture of good old-fashioned quackery and psycho somatic results – amplified by legend and time.

Which is true? Could both be legitimate accounts of one of the most notorious names in Russian history. We grab our ruler and head to 19th Century Russia to find out this week. Plus, Brent mistakes early 20th century Russian literature for Star Trek (who hasn’t?), Conspiracy Bot compares childhood mortality rates in 19th Century Russia to a Meatloaf song (who hasn’t), and the fellas get sick on Aldebaran whiskey for national “Ditch Your New Year’s Resolutions Day” (again, who hasn’t?). All of that and more on the podcast that doesn’t always talk late 19th century Russian historical figures, but when we do you better believe they have their own theme song - Hysteria 51.