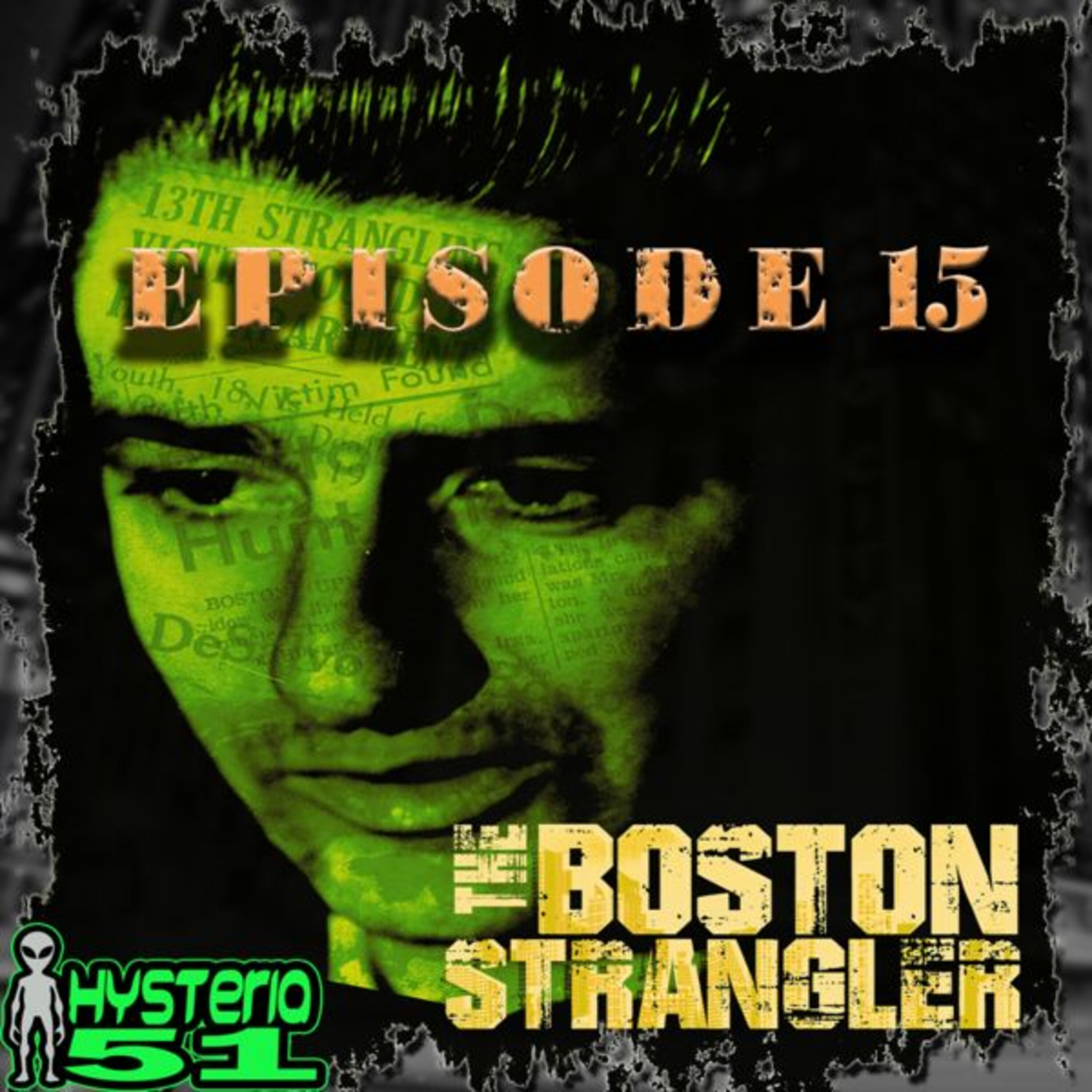 The Mad Strangler of Boston, The Phantom Strangler, The Silk Stocking Murders, The Boston Strangler. No matter the name, over a period of 2 years in the early 60’s one killer (or killers) murdered 13 women and terrorized a community. Then as suddenly as the horrific crimes started they stopped. Soon after a convicted rapist stepped forward and claimed to have murdered all 13 women. While the police, the city, and the entire New England area were relieved to have this fiend behind bars…some wonder if they had the right man. Many believe that not only could others have been involved, but that the true Strangler could still be walking the streets of Boston today. H 51’S i-team investigates. All of that plus Conspiracy Bot drinks Italian Beef juice and the boys are joined by special guest (and CastleLight Productions proprietor) Ryan Cassell. Lock your house, close the blinds, and don’t answer the door for this unsolved edition of Hysteria 51.