The Business Plot: Corporate America’s Bid to Overthrow the Gov’t | 113 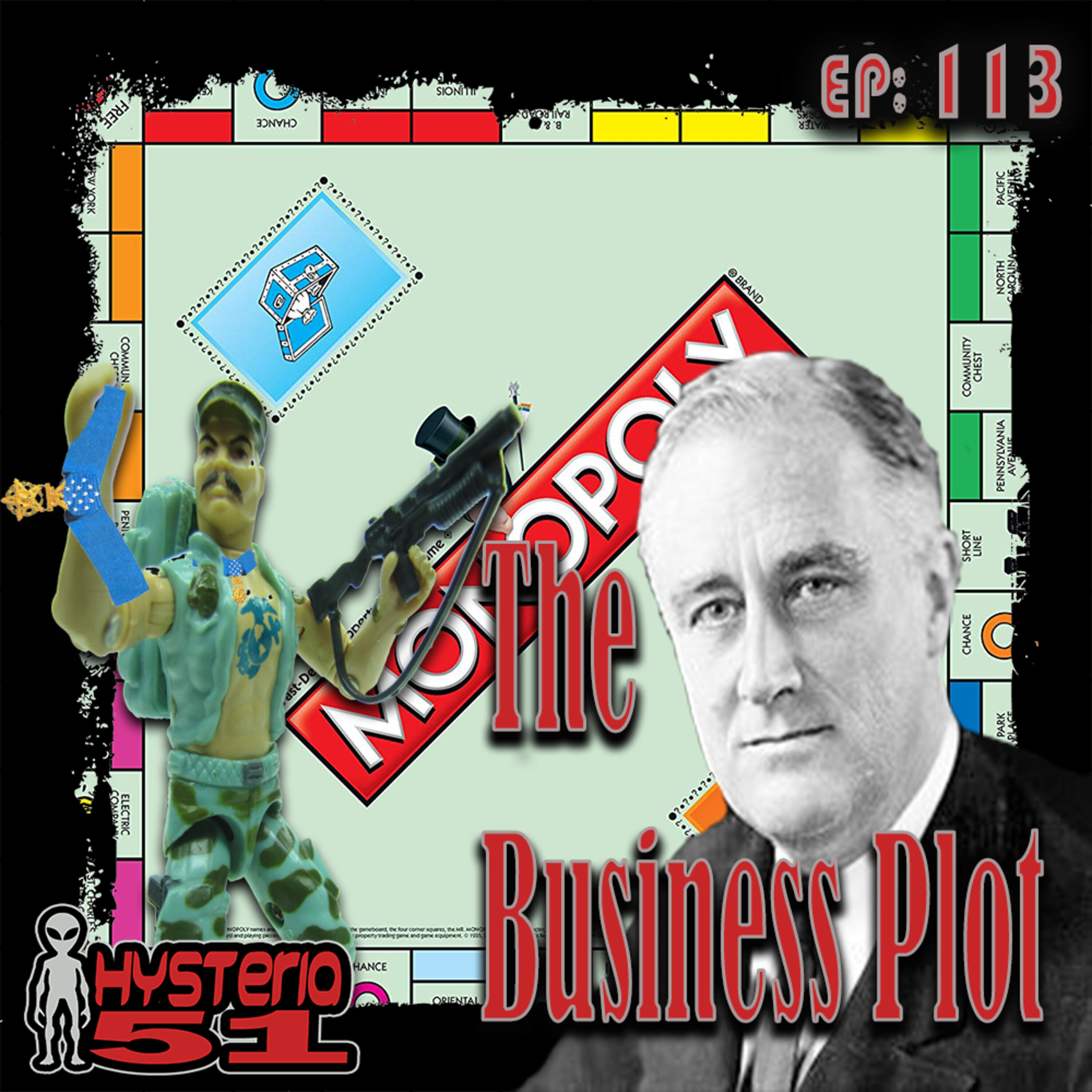 Everyone jokes about Facebook and Google taking over the country. But what if the most powerful corporations in America REALLY did organize a coup and turn the USA into a fascist dictatorship? Believe it or not, it almost happened in the 1930’s! That’s this week’s topic, The Business Plot. It might have a boring name, but the story itself is anything but. Huge American corporations attempting to organize hundreds of thousands former military to march on Washington and kick FDR out of office. And they would have gotten away with it too if it weren’t for those darn kids. Well, actually 1 kid. And actually, it was an adult war-hero named Smedley Butler. This bad mama jama won the Medal of Honor…twice (and tried to give it back both times because what he did was “no big deal”). This week we grab a pegboard and some string to try and put together the pieces of the Business Plot. Plus, the fellas discuss the merits of government cheese, Conspiracy Bot starts referring to himself as “daddy”, and we learn the robot has a penchant for Wheat Thins (who knew). All of that and more on the podcast that’s never put together a plot to overthrow the government, but we know a certain robot that’s thinking about it - Hysteria 51.

Shout out to Greg Daniels, writer and Director of the office for his hilarious Cult joke he wrote for Creed Bratton that Brent shamelessly changed and threw into our show.

Big thanks to Timeline.com and Thoughtco.com for help with research this week.