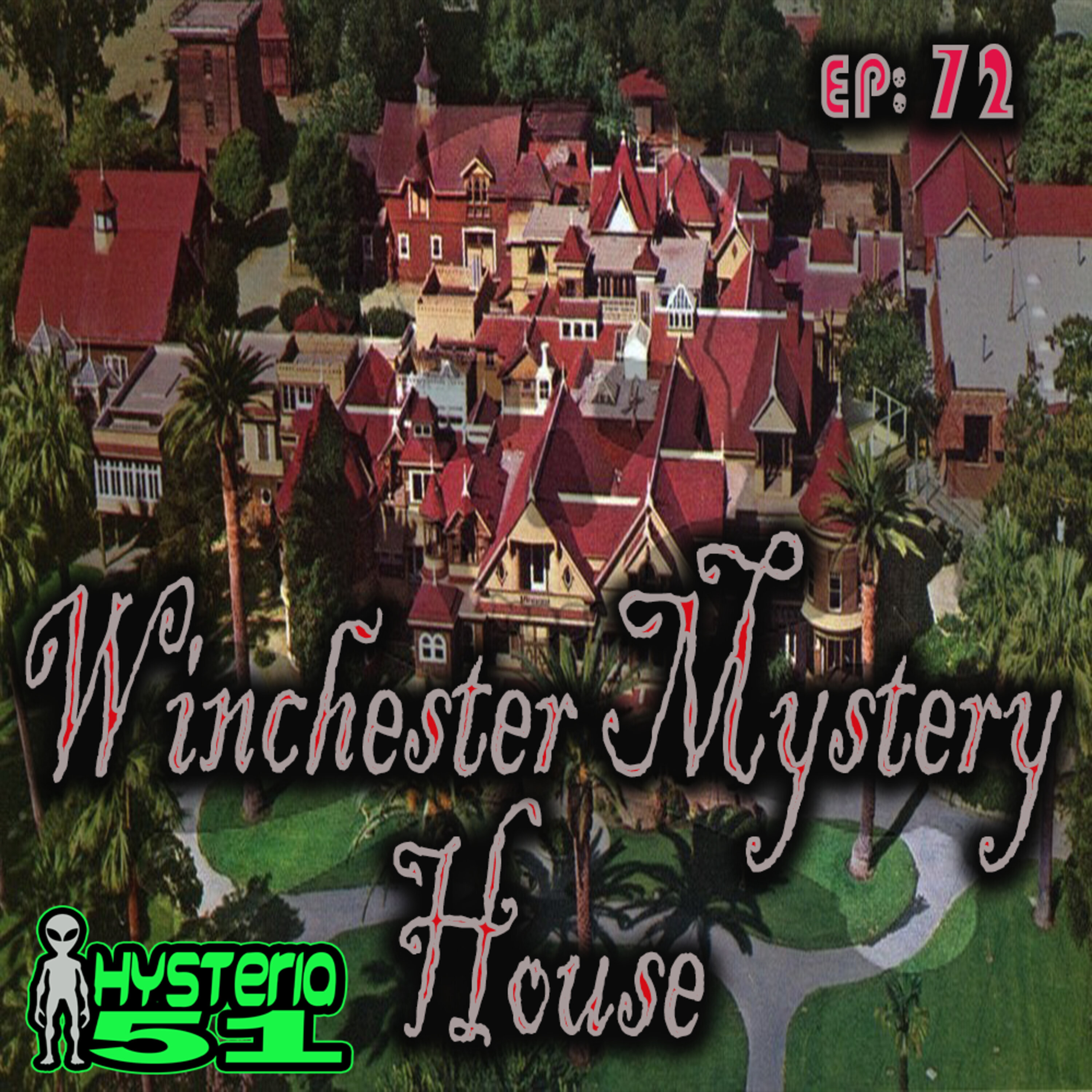 Why would the widower of one of the world's largest gun companies take over 36 years to build a mansion with 160 rooms, staircases that lead to nowhere, trap doors, and secret passageways? Was she simply a crazy old woman with too much time and money on her hands? Or was she doing everything in her power to bewilder and confuse the spirits of those killed by the blood money of the family business? The Winchester rifle DID win the west after all. We bust out our protractors and repeating rifles this week to figure it out. Plus, 2 of our 3 hosts have actually been to the location in question this week so you'd think that would give us a better than usual insight (it doesn't), is Christie Brinkley an actress (duh, have you seen Vacation?), and C-Bot tries to break up Brent's marriage (again). All of that and more on the podcast that doesn’t have a mystery house, but if we did it would be just like the one in Webster – Hysteria 51.